hide
hide
No announcements have been posted yet for Variants. 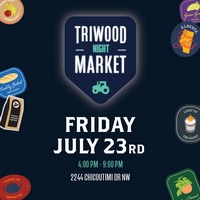 Hey guys, let’s support our partners at Triwood Community Centre by dropping by their night market this coming Friday, July 23rd. There will be food and drink, with taco specials, an indoor/outdoor marketplace from 4 – 9 pm and a movie in the park. A great date night event!

The AAA Braves are missing two uniform tops which went missing after their last use in 2019. If you played for the Braves, can you please rummage through your softball stuff and look for a uniform you should have turned in?

The lost uniforms can be returned to Dave Finn at davefinn@shaw.ca.

Please give this your immediate attention. The LAST thing we need in this seniors’ league is two guys on the diamond playing topless.

Please consider signing up for the league-sponsored First Aid Safety Awareness Session this coming Saturday, July 17th, from 9:00am to 3:00pm. We have six so far and need four more to ‘make it a go.’

This course is FREE to League participants.

The course will be held at Posh Safety Services and taught by Georgina Nicholls who did an amazing job on our first one. 102A – 3506 – 118 Avenue S.E., Calgary. Please park on the street. www.poshsafety.com

To take advantage of this, please email John Schmidt at john.sch@shaw.ca with ‘1st Aid Course’ in the subject line.

You could really be a help to those around you in time of crisis with this knowledge. 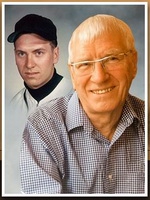 Stew Leslie of the Cubs took note and informed me that Ed Chala passed away June 15th. Ed played in our league 11 years from 2008 to 2018 and apparently was quite the baseball and softball athlete prior to that.

Thankfully, we’re past that time when funerals need to be deferred due to COVID-19. For any who knew Ed, services will be held July 5th and 6th as detailed below.

It is with heavy hearts and deep sorrow that we announce the passing of Edward (Ed) Chala on Tuesday, June 15, 2021 at the age of 76 years. He passed away peacefully at home in Calgary, AB after a brief but courageous battle with esophageal cancer.

Ed was born in Natal, BC in 1944 to parents Mary and Paul Chala. He attended elementary school in Natal and high school in Sparwood. He was always an outstanding student, maintaining honor roll status, excelling at school sports, and even became president of the student council. Ed was also a musician, he played the trumpet in both the town marching band and the “Fernwoods” (a 5-piece stage band). He passed on his trumpet-playing skills to his three sons and one grandson. Outside of school, he found one of his true loves in baseball, and because of his exceptional skills, he played on many baseball teams growing up. He was even recruited to play on out-of-town teams including the Coleman Cubs and was MVP on the Pincher Creek Chinooks team that played in the provincial championship.

Ed graduated from the University of Victoria with a Bachelor of Education Degree, and played on the university soccer team. He then worked as a teacher in Cranbrook and Calgary. He received a Masters Degree from Gonzaga University in Educational Psychology. He presented his thesis in Edmonton and became the first person to have a Gonzaga Masters Degree recognized by the Alberta Teachers Association. He considered this one of his proudest accomplishments, along with writing his own thesis book. He was a teacher, counsellor and consultant for the Calgary Separate School Board for over 35 years. He continued working as a substitute teacher for over 15 years once he "retired”.

He met the love of his life, Gayle, in Natal and as they say, the rest is history. They shared a beautiful life together and were married for 53 years. They both had a love of music and dancing, and often would dance together whenever an opportunity presented itself. Their lives revolved around their family. There were many family vacations, road trips and camping adventures in Canada and the US, and overseas trips to China, Rome, Costa Rica, Germany, and Greece, to name just a few. Ed and Gayle loved gathering with their large extended family for the Christmas holidays every year. Ed enjoyed the Christmas traditions of turkey and fish dinners, sleepovers, and playing cards through the night, always being the last one to go to bed.

Besides the love he had for his wife and his children, his passion for sports, and especially baseball, continued on throughout his life. He played semi-pro baseball as second baseman for the Calgary Giants (Alberta Major Baseball League Champs in 1971). He also organized the Cats fastball team in Canyon Meadows and the Lobbers fastball team in the Calgary men’s league for many years. Ed was a natural athlete and continued to play baseball well into his 70s, including participating in the Huntsman World Senior Games in St. George, Utah for 15 years. In the winter months, he was still involved with sports. He played basketball and volleyball with other teachers and was president of the teachers’ bowling league for 10 years. Ed was a walking encyclopedia about the New York Yankees and Montreal Canadians teams, as he loved to read the sports pages every morning.

Ed was passionately involved in his children’s lives, especially helping them to pursue their love of sports, music, and education. He coached many of the boys’ soccer and hockey teams. He was instrumental in building youth soccer in Canyon Meadows, and even led one team to winning a provincial championship. He coached youth soccer for 19 years and continued to coach his grandchildren over the years. He took teams on many tournaments to places such as Kelowna and California. He was also the president of the Bishop Grandin High School Band Parents’ Association and organized band trips to Vancouver and Seattle, and a huge trip for 3 weeks to Europe for 155 band and choir students as well as 25 chaperones. His love for his sons continued on with his six grandchildren, with whom he would spend every opportunity he could, attending their countless sporting events, school concerts, dance recitals and awards ceremonies.

Ed was a religious man, a devout Catholic throughout his lifetime and was dedicated to his church community. He served as a Eucharistic Minister for 13 years at Holy Spirit Parish.

He was a true gentleman, a mentor and a hero to many. Ed was one of the nicest guys you could ever meet. He was always kind, welcoming, and willing to lend a helping hand. His warmth was felt by many and was often followed with a witty joke, a contagious smile and a heartfelt hug. If you had the honour of knowing him, no matter how briefly, you knew what a truly wonderful man he was and how much he will be missed.

Ed was an amazing husband, dad, grandpa, brother, uncle and friend. He will be deeply missed by his beloved wife Gayle Chala (nee Reghenas); his three sons, Carl (Carolyn) Chala, Colin (Nichole) Chala, and Conrad (Hannah) Chala; as well as his six grandchildren, Paul, Marcus, Daymond, Evangeline, Tiernan and Elise. He will also be lovingly remembered by his brother Doug (Chris) Chala and sister Mary Kay (Frank) Bain along with his many nieces, nephews and cousins.

Funeral Mass will be celebrated at Holy Spirit Catholic Church (10827 – 24th Street S.W., Calgary, AB) on Tuesday, July 6, 2021 at 11:00 a.m. Reception to follow at the church. Condolences, memories and photos may be shared and viewed on Ed’s obituary at www.McInnisandHolloway.com.

Pre-season Games Cancelled Due to Heat

A number of teams, including all AAA Division teams, had set up pre-season games for this week.

Due to the extraordinarily hot weather, many activities in western Canada are being cancelled and many of our CSMS League teams have already decided to cancel this week’s pre-season games. While teams may do as they wish, we wanted to let you know that many teams are deciding to stay out of the heat this week and suggest that that is probably a very wise thing.

Let’s hope for some cooler weather next week for ‘Opening Day’ of the first regular games since 2019.