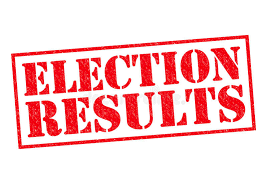 I have an important message to everyone at CSMS 55+ regarding the Results of Last Night’s Elections to the Board that took place at our General Meeting.

At our Meeting last night at Triwood several League Members were newly elected to our Board for varying terms, and a New President , Vice President and New Secretary were elected from this newly created Board.

But first, Outgoing President, Gary Paukert asked me to express to the Entire League, that it has been a pleasure to serve as our League’s President this past year, and Gary is very excited to see new blood on the Board of Directors and wishes those newly-elected board members all the best in their time on the Board.
I’m sure everyone knows that this was a very trying Year for our Board with several key issues to address and several board members leaving their board positions early for various reasons and this also contributed to a somewhat dysfunctional Board. I believe Gary did a great job as this years President with what he had to work with.
As a new board member myself this year, Gary was a calming and helpful voice with all of my endless questions and helped guide me through the many issues that came my way.
I would like to sincerely thank Gary for all he did this past year and I want to thank him for his service to the League as President. Cheers Gary.

Several current board members also had expiring terms this year and I am pleased to announce their re-election and return to the Board.
Don Jorgensen – Treasurer
John Schmidt – Registrar
Gary Paukert – Past President

I would also like to welcome and Congratulate these Board Members for their newly elected positions.
President – Ron DiPasquale
Vice President – Ron Williams
Secretary – Chris Tucker

Also, I would like to salute all of the Board members whose terms have ended this year, and for all of their contributions to our Awesome league. Cheers Gentlemen.
-Norm Hurley
-Bill May
-Ross Laurie
- Dale Ellert
- Brian Brown
- Ernie French
- Pat Bisson

Lots of items were discussed at last night’s meeting and your new board will be getting to work with our first meeting of the new board in October to review these items and I’m sure many more.