The Family of Arthur Rousseau Announces His Passing on November 2nd, 2020, at the age of 84. 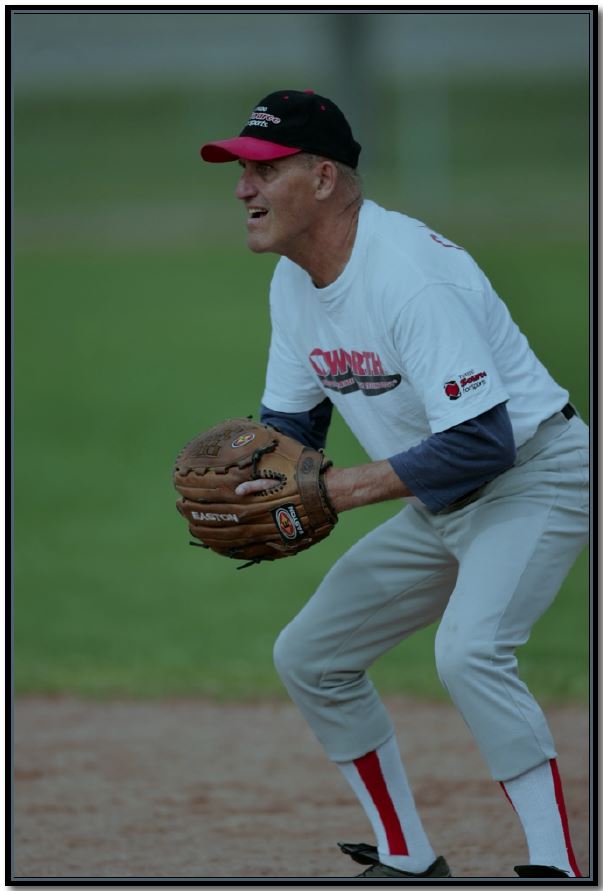 Arthur Joseph Rousseau (Art) joined his first baseball team when he was “called up”, on August 10, 1936, in Fort Frances, Ontario. Art had been the youngest and was the namesake of his father, The Coach, Arthur Rousseau Sr., (1894-1972). While the Assistant Coach, his mother, Anna Louise (Gorge), (1898-1950), had to leave the team in 1938 with a long-lasting illness. He was significantly impacted by Ollie Beyak. She was the Assistant General Manager and faithful mother-in-law! His surviving family members are his wife, Vera, sister Eva, four sisters-in-law, Jeannine LeHoux Rousseau, Margaret Orton Rousseau, Joyce Perry Rousseau, Sharon Beyak, and his brother-in-law Walter “Max” Beyak. He was able to enjoy the presence of 17 of his many nephews and nieces who attended his 80th Birthday party! He loved them all dearly.

Those of his team who had moved “up to the majors” (deceased) were his six siblings, Yvonne, Henry, Alice, Therese, Roland and Emile, as well his four brothers-in-law, Roger LeMoyne, Jack Marchand, Richard Anderson, and Gordon Abbott. As a young adult he had treasured these family members. They were always there to make those hits! They had survived and flourished through hard work and living off the land, while making time for a large
backyard skating rink in the 1940’s.

At the age of 20, Art was traded to join the “Work Force”. Through those winters he stayed with Margaret and Roland on their houseboat. This gave him the opportunity to play hockey with the Fort Frances Canadians-Intermediate Team. Through the summer months he found work with CalandOre on a dredging crew in Atikokan, Ontario with his brothers. Off to first base with his family’s work ethic to support himself!

After working in Black Lake, Quebec, Art returned to Atikokan. It was here in 1956 he met and eventually married Vera (Beyak) in 1962, his General Manager. Together they began their journey, making time for camping and then travelling across this broad country whether it was using tents, truck campers, and finally a motorhome. He enjoyed many memorable moose hunting trips with Max, Terry, and several of the other Andersons. Art was a loving foster father to a lively Patrick O’Neill in his younger years and Stacey (Churchill) King who was a lovely close family friend during her formative years. Art worked in Atikokan, Ontario, in Balmertown, Ontario and finally in Thunder Bay, Ontario. He had “hit his home run” while employed by MacMillan Bloedel, (1979-1990), becoming a millwright and a confident team player. He retired in 1995. He stole second easily with all of this support helping him! Now it was time to join the “Take It Easy” team. Now it was time for slowpitch!

Over the years he enjoyed all that hitting, being a reliable catcher at short-stop or out in the field. With wings on his feet, he became a runner for those who couldn’t – well into his 80’s. Through these years, within the Three Score
League in Clearwater, Florida, the Calgary Slow-Pitch League at Triwood and in Mesa, Arizona with Apache Wells Senior teams, his natural running, hitting, and catching skills were enjoyed. It lasted for 25 years, as he and Vera traded in the cold for warm winter ball in Clearwater, Florida, Palm Springs, California and Mesa, Arizona.

He did have a Support Staff that encouraged him all the way to third base – his three Assistant Coaches (children), with their spouses in the dugout, always ready to lend a hand: Guy with Treena (Cress), Sue with Jerry Pilot , Simone with Pablo Galvez, and Anne Marie Rousseau a cherished niece. He loved the seven of them in his own unique way. Then there was that special family of DH’s (Designated Hitters), as Mary, Brent and Chris Calder, a family of closer cousins, sharing many good times “around those bases”.

Many friendships were maintained through their team play, one group became the 80’s Coffee Club on Fridays at Harvey’s. This group of a dozen or so, experienced the passion of excelling in ‘their game’ over the decades. They
were all, past and present, near and dear to him. Through all of their replaying of games gone by, their hearing aid use, their concern for each other—he slid into third base easily!

His six grandchildren, Katelyn Pilot, Jackson Pilot, Capri Galvez, Cole Rousseau, Carmen Galvez, and Ella Rousseau held his heart as they looked to their futures. His quiet, caring nature was reflected in his willingness ‘to be there’ for each of them. Art had been looking forward to the birth of his first great-grandchild, expected in March 2021 with Jackson and Leanna as loving parents. They are, or will be, his fans, sitting on the bleachers. In turn, their goodness, their work ethic, and their strength of character will propel him to his final resting place—home plate!

It is the family and friends who made his life fun-loving, challenging, and in the end, complete. He passed away peacefully, into the arms of Our Lord, on November 2nd, 2020 at Dulcina Hospice, Calgary, Alberta. We would like to thank the nurses, the doctors, and other support staff. Art was particularly fond of the Resident Assistants, as they provided him with exceptional care.

There will be no official service due to Covid-19. His family will be remembering his life throughout their own. Please follow Art’s example by showing kindness and compassion to the vulnerable and those in need. If friends so desire, and in lieu of flowers, donations to The Mustard Seed giving.theseed.ca 102 11Ave. SE, Calgary. AB T2G 0X5, or any charity of your choice would be appreciated.

My condolences to the family. I played with and against Art for many years and always admired his skills. Hope he puts in a good word for me with “The Owner” when it’s my turn to steal Home.

Enjoyed very much playing with and against Art over the years.
He was a true sportsman.
And yes, he ran the bases for me many times !!