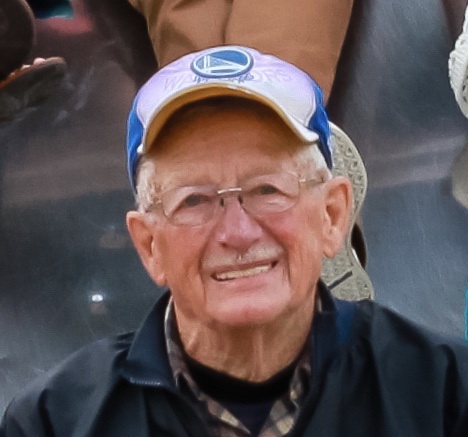 I’m very sorry to report that Cory Veldhoen, a long-time member of our league, has passed away. Through my work in archiving the history of the CSMS League, I’ve seen Cory’s name all over the documentation, including multiple years on the Board of Directors. He was clearly a huge influence in building and maintaining what we have.

I have received the following from Cory’s daughter Laurie Irwin:

Cory passed away March 3, 2020 at the age of 92 years and 11 months. He will deeply missed by his daughter Laurie (Lyndon) Irwin, and son Donald (Sheila) Veldhoen, his four grandchildren, and his nine great grandchildren.

Cory was one of the original signers of the CSMS constitution in 1993. He pitched for many of the teams in the A and AA divisions during his 30 years of participation in the league.

Cory was also known as the guy who rode his bike everywhere, a practice he continued well into his 90’s.

A Celebration of Life will be held Sunday April 5, 2020 at 1:30 at the Triwood Community Centre, (west door), 2244 Chicoutimi Dr. N.W. In lieu of flowers, donations to the Cancer Society would be gratefully accepted.

The family wishes to thank all the wonderful staff at Agape Hospice for the exceptional care during his brief stay there.